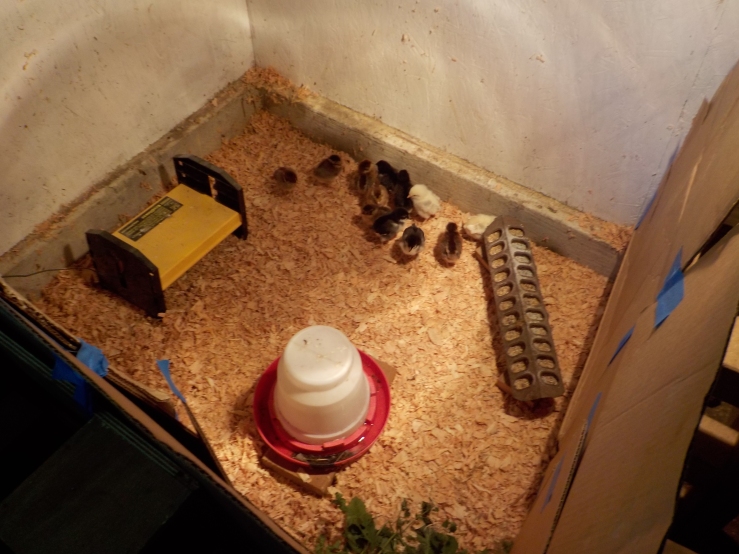 This was not an impulse buy, but a quest for darker brown eggs. Welcome to Leafhopper Farm three new chicken breeds for the flock. Two verities of Marans are not on site; Black Copper and Wheaten.

These names are only to do with color. Both kinds are Marans. The Roosters look a lot alike, it’s the hens that show off the color morphs they are named after. Marans originated in the town of their name’s sake in France. In the 12th and 13th centuries, British sailors returning from trading in “The Orient” (Southeast Asia) brought the birds on their ships. Chickens were selectively bread for size, egg production, and color (both of feathers and eggs). Marans formed as an official breed in the 1800s.

Our other new breed is from Holland; Barnevelder are a Dutch breed of chicken which also lay dark brown eggs. These chicks fit the standard of this breed (it’s all about color): double barred feathers on a dark brown background.This is the original coloration. The standard for this breed also has it’s roots in Southeast Asian bloodlines, like all chickens. It’s so fascinating to see how one animal can become so diverse through human selection and domestication.  We’ll be enjoying the dark brown eggs that took hundreds of years to create.