A pair of hooded mergansers were on the pond this morning. They are the first of there kind to visit Leafhopper Farm. I’ve recently put a couple of floating logs in the water which might have attracted them. It was a pleasure to see these birds in the water and I hope there was some good food awaiting them.

Hooded Mergansers are the rarer of the two species here in The Pacific Northwest, so it was extra special to see these birds in the pond. As soon as I came around the corner to move the portable coop, they took flight. I have a feeling we won’t see them again soon. Eventually, some more shrubs will be planted along the edge of the water to crate better habitat for birds, but I’m making sure all the young alders and other unwanted species, which will get too big and block the view of the water, are pulled up and replanted elsewhere first. 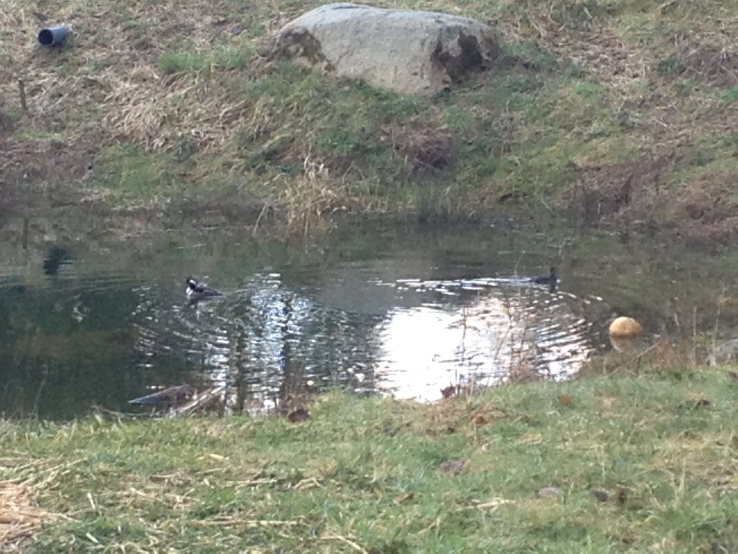 The fish are still thriving under water, and attracting more birds like Kingfisher and Heron, two other species which come for an occasional visit. I look forward to documenting more water fowl on the property, and hope to eventually create a few floating islands as nesting spots for the birds.