The farm has begun incubation and brooding chicks. You can see three district age groups and the later chicks are all Ayam Cemani hybrids. The most dominant Cemani genes are shown in the smaller, more solid black offspring. They have graduated into a nursery pen where they run about and scratch in a dry barn.

Outside the young pullets are moved into Sunchair 1000. The young birds were on full pasture for the first time this year and they went right to gleaning the old planting bed. They have the cover of that great Red Cedar, among the Bracken Fern and Stumpiary.

Then Edgar A. Poe, one of our resident roosters, made an appearance in the pasture. The young pullets looked on as he strutted around scratching up good food and calling them in to feed. I watched very closely to make sure this still rather young cockerel remains a gentleman.

Soon all were feeding together, I was glad to give Edgar the introduction. He’s still with the young ones, but I don’t plan on keeping him as breeding stock, his waddle is too red. He is a well behaved rooster so far, and I hope to sell him to a backyard situation with some other well mannered hens. 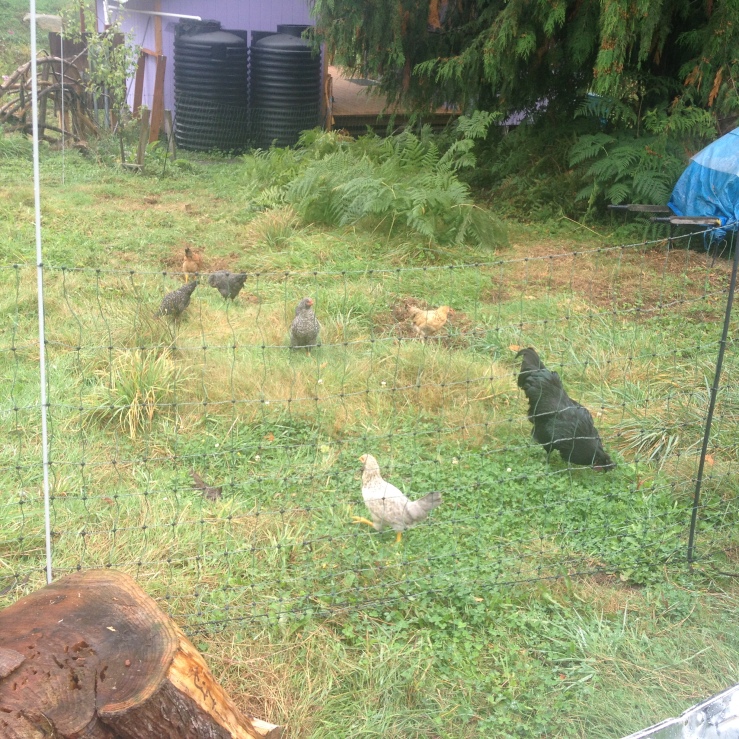 Edgar Allen Poe is on the market, and his green sheen is sure to enhance any landscape he resides in. Mr. Poe is quite gothic in appearance, and proudly sports genuine Java Indonesian ancestry. Those birds were bread as guardians against evil, and homes coveted these dark and mysterious birds as wards of the yard, protectors of the family that cares for them. Some would call him exotic, but he’s right at home here on Leafhopper Farm. His temperament is reserve, alert at the proper times, and elegant in stature. This bird was bread from Indonesian stock imported to Feather Lover Farms in California.